Is juicing healthy?  Let's take a look at different questions you may have. 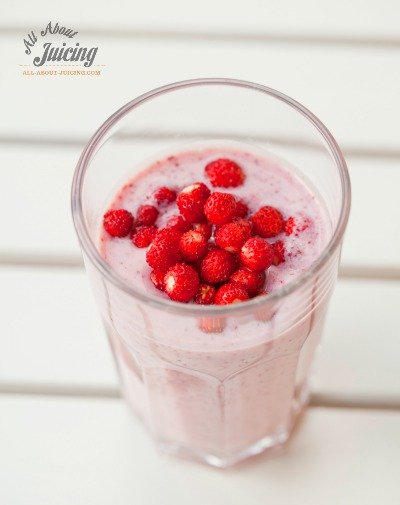 Is juicing healthy?  The short answer to the question is a resounding “Yes.”  If that's all you need to know for motivation to get you to start (or continue) juicing, then by all means stop reading now and get going!

Some people need to be convinced, though.  And that’s perfectly understandable.  For those of you who fall into that camp, I’ve put together a few of the more common objections to juicing, along with some info which lays those objections to rest.  After you finish reading, I think you’ll have a better understanding of why juicing is so wholesome and healthy.

•    Sure, fruits and veggies are full of healthy nutrients like vitamins and minerals, and so is their juice.  But what about all the fiber in produce?  That’s important too, and isn’t most of it removed during the juicing process?

Yes, a lot of the fiber stays in the pulp that’s left behind after juicing – if you use a juicer.  In other words, the amount of fiber that’s removed during juicing will depend on the type of equipment you’re using to make juice – a juicer will remove more fiber than a blender because it separates the pulp from the juice it produces.  That’s not a disaster, however.  All you need to do is add some of the pulp back into the juice before you drink it.  If you like, you can also add some of the pulp into your baking recipe or toss some into your cooking pot as you’re making pasta.  The pulp will add flavor as well as fiber to the dish you’re preparing.

Not if you store it properly, in a clean, sealed, airtight container that you keep in your fridge.  Most juices will stay wholesome and fresh for at least 24-48 hours if stored this way.  However, some of the more “fragile” nutrients in produce may start degrading within a day or so.  To get the maximum benefit from juicing, it’s best to drink the juice the same day you make it.  You won’t be making gallons of it in any one batch, so drinking it the same day (or within 24 hours) shouldn’t be a problem.

It’s true that you need to thoroughly wash your juicer or blender as soon as you’ve finished juicing.  Some juicers are much easier to clean than others, and washing most blenders is a snap.  If cleaning time or effort is a concern, look for juicing equipment that’s easy to take apart and reassemble, with parts that are dishwasher-safe.  You’ll have plenty of choices.

•    Isn’t juicing fruits too fattening?  What about all the sugar?

If you juice fruits exclusively, the calories and natural sugars could add up and you won’t get as comprehensive mix of vitamins and minerals.  Most veggies, however, contain a lot fewer calories and sugars than fruits.  Consider making some healthy vegetable juice or mixing some veggies in with your fruits to reduce the calories and sugars you’ll consume.  Combining the two types of produce will also enhance the juice’s nutrient content.

•    Doesn’t juicing every day have the potential to interfere with some prescription medications?

It could, but it doesn't mean that it's the foods fault.  I would say to take a real look at the medications.  But with that aside, most people won’t need to be concerned about possible drug interactions.  To begin with, a lot of people don’t even take prescription meds, but only some drugs could be affected anyway.  However, if large amounts of juice are consumed, some of the vitamins and minerals in the juice might interact with certain prescription medications.  For example, the juice of some veggies (spinach, kale and several other cruciferous vegetables) is a superb source of vitamin K.

While it’s healthy to consume vitamin K (it’s required for normal blood clotting and certain other physiological functions), that particular vitamin can alter the activity of warfarin (a common prescription blood thinner).  If you’re taking a prescription medication, it might be smart to check with your health care provider before you embark on a serious juicing program.

•    What about protein?  Most fruits and veggies don’t contain very much of this important nutrient, and neither will their juice.

That’s true - most produce is low in protein, with the majority of its calories coming from carbs (including the natural sugars in fruits).  A certain amount of protein is essential for a healthy diet.  But it doesn't have to be in every thing you eat, in large quantities, and just because juice doesn't have much, doesn't mean it's not healthy.  I see most people focus on protein in their diet, but what about vitamin A, C or D? These are just as important in my opinion.  It is very rare for someone to be deficient in protein but very common to be deficient in vitamin D.  I know we are programmed to think this way, culturally, but we need not worry so much.  If you are concerned about protein, however, juice greens and smoothie greens to get a higher concentration.  Greens have a high amount of protein.

Juicing is a brilliant solution if you realize that a daily diet that’s rich in fruits and veggies is healthy, but you never manage to eat the recommended daily number of servings.  It’s easy and simple to get those recommended amounts into your diet through juicing.  And mixing the types and colors of produce you juice will give you a healthy blend of important vitamins, minerals and other nutrients.  Fresh, wholesome juice is also low in the types of ingredients it’s always good to avoid – fats, added sugars and extra salt.

In my opinion, here’s the bottom line on juicing:  you don’t necessarily need to go on a full-on, all-juice diet to get healthy.  In fact, doing that has some disadvantages, health-wise.  Instead, raise a glass of freshly prepared juice every day (green juice made predominantly from veggies, with a fruit or two to add flavor would be best), either with or instead of one of your meals.  That way, you’ll get all the powerful nutritional benefits of fruits and veggies and be on the road to a healthy diet.

If you're looking for more benefits of juicing, check out this article that will likely answer your question on is juicing healthy, there.  And if you're ready to start juicing now, this article on how to start will set you off on the right foot.