Juicing vs Blending.  Why it's important for you to know the difference. 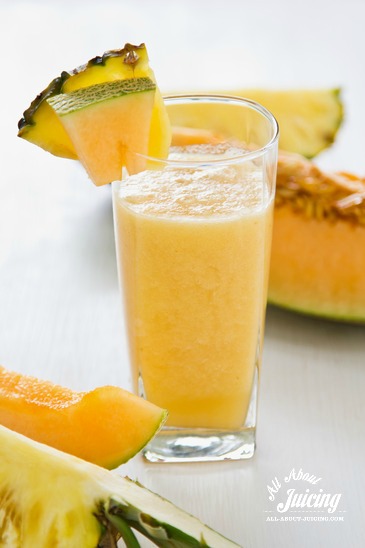 Juicing vs blending can be confusing for some, but it is important to understand that they are very different.

A lot of people are confused by the differences between juicing vs blending. While both techniques produce delicious, nutrition-packed beverages from raw produce, juicing and blending are significantly different and so are the beverages they create. Here’s a little non-technical information to help you understand how juicing and blending differ.  Making a juice or smoothie with a Vitamix Juicer or a Nutribullet is technically blending.

Juice extractors use one of several different methods to produce juice from chopped or sliced raw produce. At its most basic level, however, juicing can be thought of as a process that grabs all the nutrients and water out of produce while filtering out all or almost all of the fiber. Because the juices they produce contain very little if any fiber, juicers create a very easily digestible liquid. In a way, the nutrient-rich juices that juicing creates are “pre-digested” because they don’t contain any solids. Being in liquid form already, the nutrients in freshly-created juice are quickly and easily absorbed by your body.

The absence of fiber in juices has several benefits, but it also has its drawbacks. Because the fiber has already been removed, digesting juices is much easier for the digestive system to accomplish. Certain health conditions can make it difficult to process the fiber that naturally exists in produce, and juicing eliminates this issue. Juicing can also benefit people who have a sensitive digestive system and require easily-digested foods and beverages.

Because juices are so quickly digested, their nutrients will“hit” the bloodstream much more rapidly (and basically all at once) than when whole fruits or veggies are eaten. This effect can provide a quick burst of energy, but there are potential downsides, too. For example, spikes in blood glucose levels can be caused by nutrients rushing into the bloodstream all at once. These spikes in blood glucose are anathema for diabetics, which is why they should avoid juicing many fruits and primarily stick with vegetables. However, certain other issues arising from unstable blood glucose levels have been observed in some non-diabetic juicing enthusiasts, including a loss of energy and mood swings.

The presence of fiber makes the digestive system work harder and slows the breakdown and metabolism of foods. As a result, the body’s absorption of the food’s nutrients into the bloodstream is slowed and evened out when fiber must be digested along with the other nutrients. People with diabetes or who are prone to mood swings may do better with blending their produce, because blending does not remove the fiber the way juicing does. The slower, steadier rate of nutrient absorption means spikes in blood glucose are less likely than when drinking juices produced with an extractor. Blended produce is also more filling than juice because of the fiber’s presence.

Blending is a much different process than juicing. Basically, a blender very finely chops all of the produce that’s fed into it. Unlike a juicer, a blender does not extract the produce’s nutrients and water and discard the fiber – it chops up the entire fruit or vegetable, including any skin and fibrous materials. Although blending results in a beverage with a smooth, even consistency (giving rise to the term “smoothie”), every bit of fiber in the original produce remains in the beverage.

The presence of the fiber in a blended fruit or veggie drink means it’s more filling than the juice produced by a juice extractor. But, perhaps more importantly, it also means a blended drink takes longer to digest and metabolize. This is a very important consideration for diabetics, because the slower and steadier absorption of nutrients into the bloodstream helps to prevent blood glucose spikes. On the other hand, juicing produces a more easily digested beverage which contains more servings of produce than is possible with a smoothie or another blended drink.

To sum things up for juicing vs blending

So what you do you think about juicing vs blending?

Both types of beverages – juices created with a juicer and smoothies created with a blender – are wholesome, delicious and jam-packed with nutrition. They are, however, very different. The fiber that naturally exists in fruits and veggies is removed during the juicing process, while blending simply converts whole produce into a smooth, liquid consistency without removing any of the fiber. Some blender companies claim their equipment can be used for juicing, but it’s important to realize that no blender actually removes any of the produce’s fiber.

Juicing and blending are both beneficial, but each has its pros and cons and they deliver their health benefits in different ways. A certain amount of dietary fiber is vital for good digestive health, so owning a juice extractor and a high-quality blender may be the way to go for many people. Drinking nutrient-rich juices or smoothies throughout the day will help you increase your consumption of fresh produce and provide an ongoing supply of wholesome fuel from plant rather than animal sources.